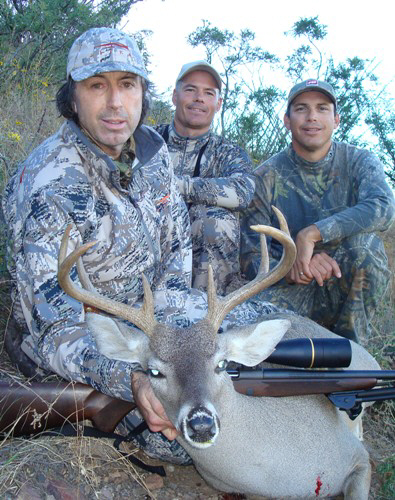 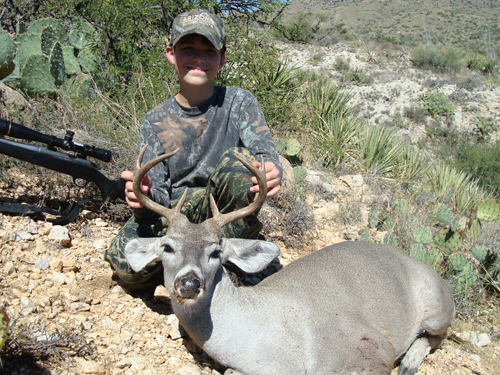 Twelve year-old Michael with a nice Coues deer buck that he shot at 403 yards, one shot.  Video of Michael's hunt. 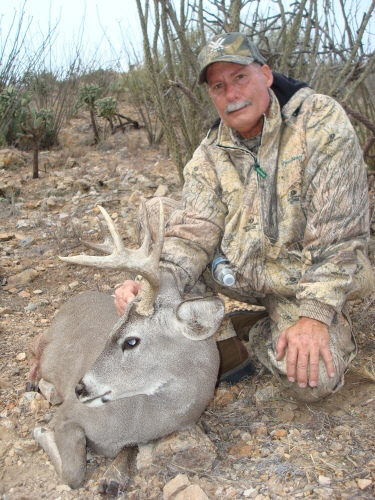 Tom is hooked on Coues deer hunting and has been coming with us for over a decade.  He took this nice Coues deer buck on his latest trip with his Tikka Superlite in 270 Win. 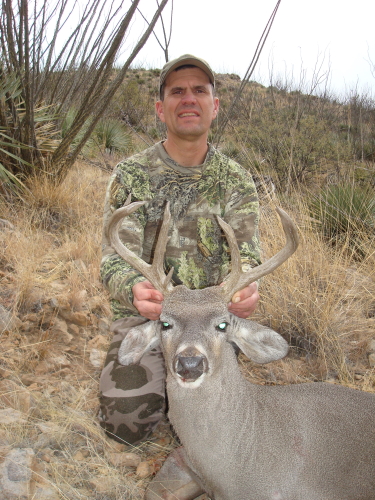 Scott from Idaho with a very heavy-horned, old Coues deer buck.  This big buck has many "stickers" and 6½ inch bladed eyeguards. 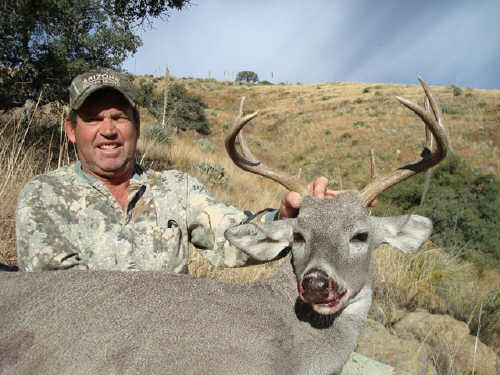 Dave with a great coues buck taken while it was being chased by a mountain lion. 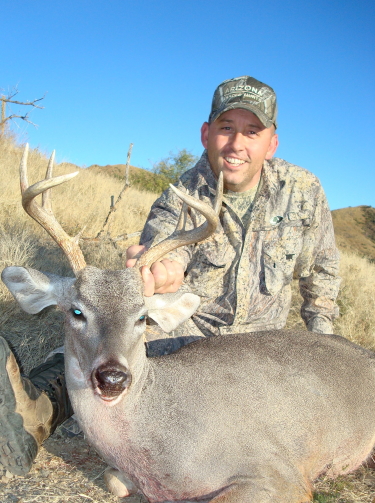 Steve from CA with a nice typical Arizona Coues Deer buck.  The shot was 386 yards. 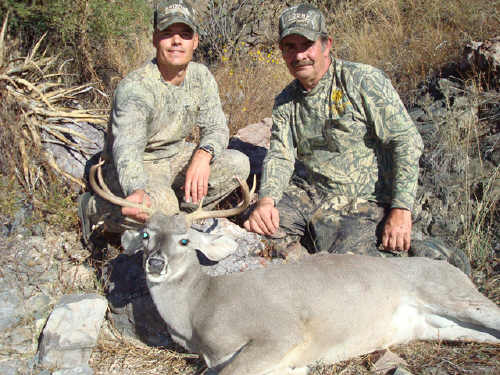 Jim from CA with a nice wide-racked coues buck that he shot at 301 yards. 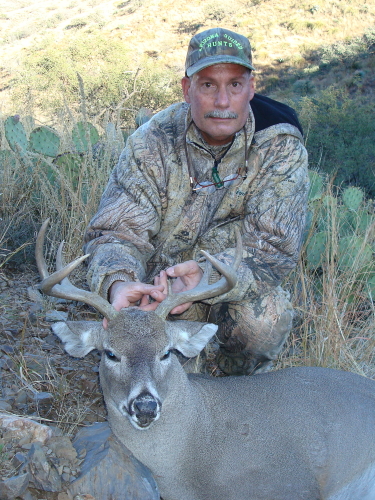 Tom Quesnel with a wide-racked Coues whitetail buck.  Tom took this beautiful deer at 219 yards during the December rutting season. 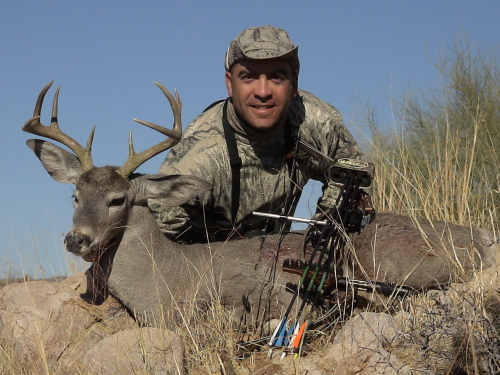 Arizona Guided Hunts' guide Eliot Anderson with a great coues buck he shot with a bow.  Eliot did it spot and stalk style and shot him at 39 yards! 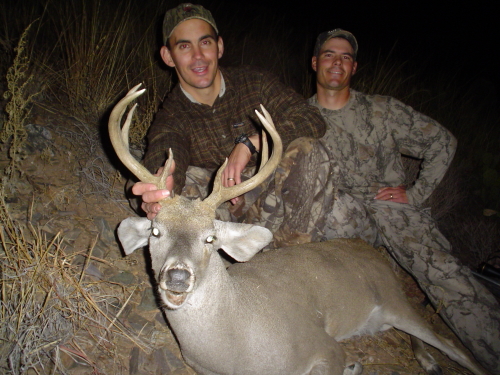 Mike from South Carolina with a great Coues buck. 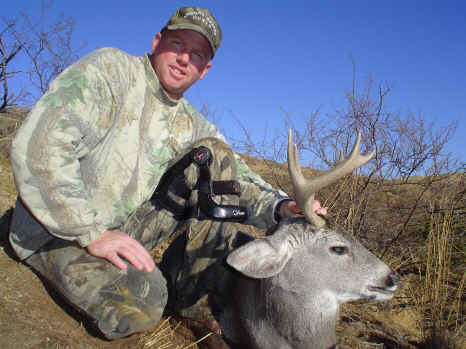 Dave had a very bad knee and a big metal brace, but he was able to hobble into some Coues country and take this old buck.The one-shot kill was 341 yards as the deer lay in his bed! 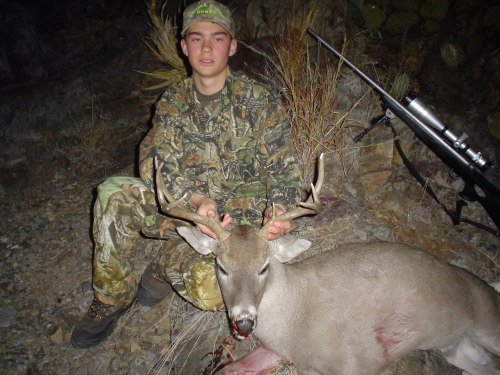 Bobby with a very wide-racked Coues Buck.  Bob shot this coues buck at 335 yards with one shot. 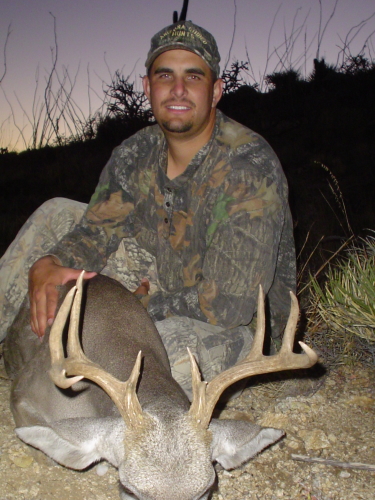 Bryan with a nice coues deer buck.  This big buck has long beams, split eyeguards that jut forward (not very noticeable in this photo) and was starting G4's on each beam. 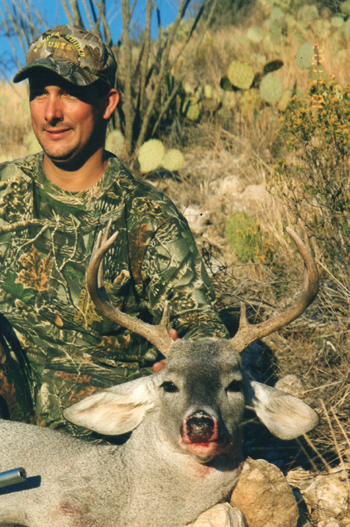 Anthony took this great coues buck at 276 yards with a single shot .257 pistol.  Read his article